This is enough about knowing the lifepo4 battery 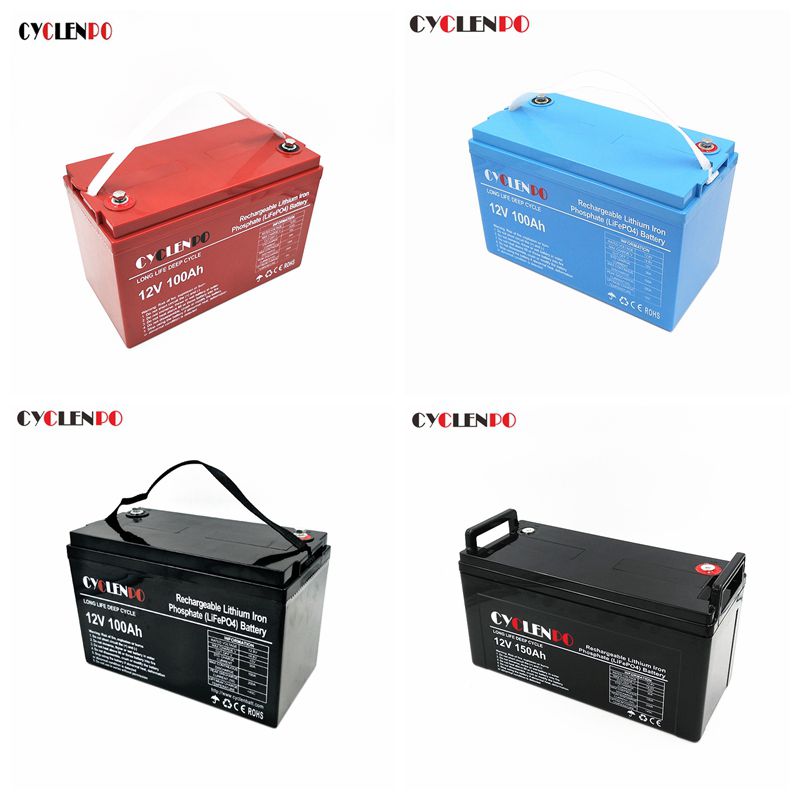 The  lifepo4 battery  belongs to lithium ion secondary battery, and one main purpose is to use it as a power battery, which has great advantages over NI-MH and Ni-Cd batteries.

The P-O bond in the lithium iron phosphate crystal is stable and difficult to decompose, and does not collapse or heat like a lithium cobaltate or forms a strong oxidizing substance even at a high temperature or overcharge, and thus has good safety. It has been reported that in the actual operation, a small part of the sample was found to have a burning phenomenon in the acupuncture or short circuit test, but there was no explosion event. In the overcharge experiment, a high voltage charge that was several times higher than the self-discharge voltage was used, and it was found that there was still Explosion phenomenon. Even so, its overcharge safety has been greatly improved compared to the ordinary liquid electrolyte lithium cobalt oxide battery.

The long-life lead-acid battery has a cycle life of about 300 times, and the highest is 500 times. The lifepo4  power battery has cycle life of more than 2,000 times, and the standard charge (5 hour rate) can be used up to 2000 times. The same quality lead-acid battery is "new half year, old half year, maintenance and maintenance for half a year", up to 1~1.5 years, while lifepo4 battery is used under the same conditions, the theoretical life will reach 7~8 years. Considering comprehensively, the performance price ratio is theoretically more than four times that of lead-acid batteries. High-current discharge can be quickly charged and discharged with high current 2C. Under the special charger, the battery can be fully charged within 1.5 minutes of 1.5C charging, and the starting current can reach 2C, but the lead-acid battery has no such performance.

Rechargeable batteries work conditions that are often not fully discharged, and the capacity will quickly fall below the rated capacity. This phenomenon is called the memory effect. Like nickel-metal hydride and nickel-cadmium batteries can be remembered, but lithium iron phosphate batteries do not have this phenomenon. No matter what state the battery is in, it can be used with charging, without having to discharge.

The battery is generally considered to be free of any heavy metals and rare metals (Ni-MH batteries require rare metals), non-toxic (SGS certified), non-polluting, in line with European RoHS regulations, is an absolute green battery certificate. Therefore, the reason why lithium batteries are favored by the industry is mainly environmental considerations. Therefore, the battery has been included in the “863” national high-tech development plan during the “Tenth Five-Year Plan” period, and has become a national key support and encouragement development project. With China's accession to the WTO, the export volume of electric bicycles in China will increase rapidly, and electric bicycles entering Europe and the United States have been required to be equipped with non-polluting batteries.

However, some experts said that the environmental pollution caused by lead-acid batteries mainly occurred in the production process and recycling process of enterprises. In the same way, lithium batteries are good in the new energy industry, but it can not avoid the problem of heavy metal pollution. Lead, arsenic, cadmium, mercury, chromium, etc. may be released into dust and water during processing of metal materials. The battery itself is a chemical substance, so there may be two kinds of pollution: one is the process waste pollution in the production process; the other is the battery pollution after the scrap.

At present, the most promising cathode materials for dynamic lithium-ion batteries are modified lithium manganate (LiMn2O4), lithium iron phosphate (LiFePO4) and lithium nickel cobalt manganese oxide (Li(Ni, Co, Mn)O2). material. Nickel-cobalt-manganese hydride ternary materials are generally considered to be difficult to become the mainstream of power-type lithium-ion batteries for electric vehicles due to the lack of cobalt resources and high nickel and cobalt, and high price fluctuations, but can be related to spinel manganate. Lithium is mixed in a certain range.

Whether a kind of material has potential for application development, in addition to focusing on its advantages, is more critical whether the material has fundamental defects.

The performance of lithium-ion battery depends mainly on the positive and negative materials. Lithium iron phosphate is a lithium battery material that has only appeared in recent years. The large-capacity lithium iron phosphate battery developed in China in July 2005. Its safety performance and cycle life are incomparable to other materials, which are the most important technical indicators of power batteries. 1C charge and discharge cycle life of 2000 times. Single cell battery overcharge voltage 30V does not burn, puncture does not explode. Lithium iron phosphate cathode materials make large-capacity lithium-ion batteries easier to use in series. To meet the needs of frequent charging and discharging of electric vehicles. It has the advantages of non-toxic, non-polluting, good safety performance, wide source of raw materials, low price and long service life. It is an ideal cathode material for a new generation of lithium ion batteries.

This project belongs to the development of functional energy materials in high-tech projects, and is the key area supported by the national “863” plan, “973” plan and “Eleventh Five-Year” high-tech industry development plan.

The positive electrode of lithium-ion battery is lithium iron phosphate material, which has great advantages in safety performance and cycle life. These are also one of the most important technical indicators of power battery. 1C charge and discharge cycle life can be achieved 2000 times, puncture does not explode, it is not easy to burn and explode when overcharged. Lithium iron phosphate cathode materials make large-capacity lithium-ion batteries easier to use in series.

Through the above introduction, the LiFePO4 battery can be summarized as follows.

Even if the inside or outside of the battery is damaged, the battery does not burn, does not explode, and has the best safety;

Excellent cycle life, after 500 cycles, its discharge capacity is still greater than 95%;

No damage to zero volts after overdischarge;

No pollution to the environment.

Since lithium iron phosphate power batteries have the above characteristics and produce batteries of various capacities, they are quickly widely used. Its main application areas are:

Remote control of cars, boats, airplanes and other toys;

Replace the 3V disposable lithium battery in the camera and the 9V nickel-cadmium or nickel-hydrogen rechargeable battery (the same size); 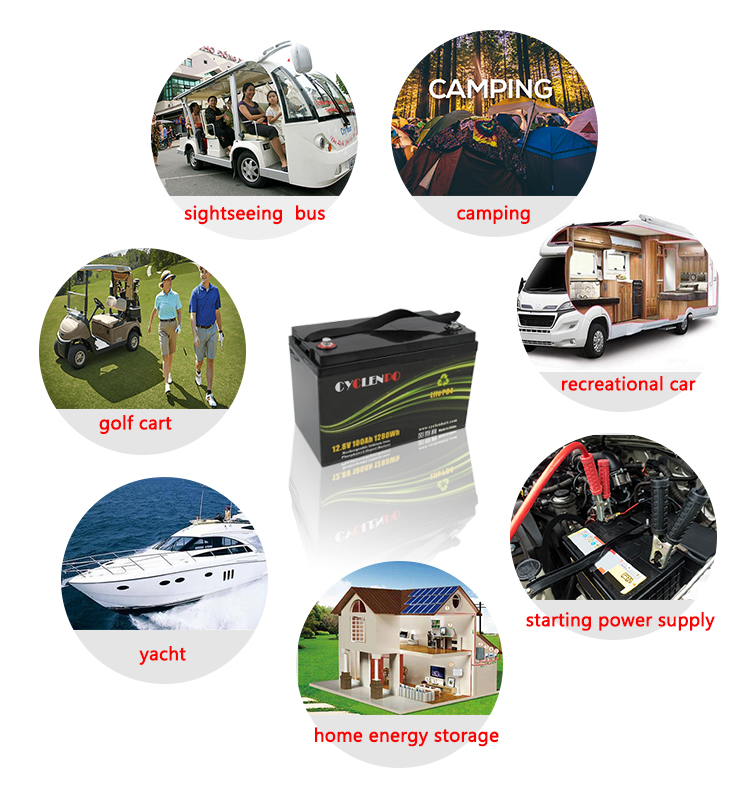 Here is an application example of replacing a lead-acid battery with a lifepo4 power battery. It adopts 36V/10Ah (360Wh) lead-acid battery, its weight is 12kg, it can walk about 50km with a single charge, the charging frequency is about 100 times, and the use time is about 1 year. If the lifepo4 power battery is used, the same 360Wh energy (12 10Ah batteries are connected in series), the weight is about 4kg, the charging can walk about 80km, the charging frequency can reach 1000 times, and the service life can reach 3 to 5 years. Although the price of lifepo4 battery is much higher than that of lead-acid batteries, the overall economic effect is better with lifepo4 battery and lighter in use.